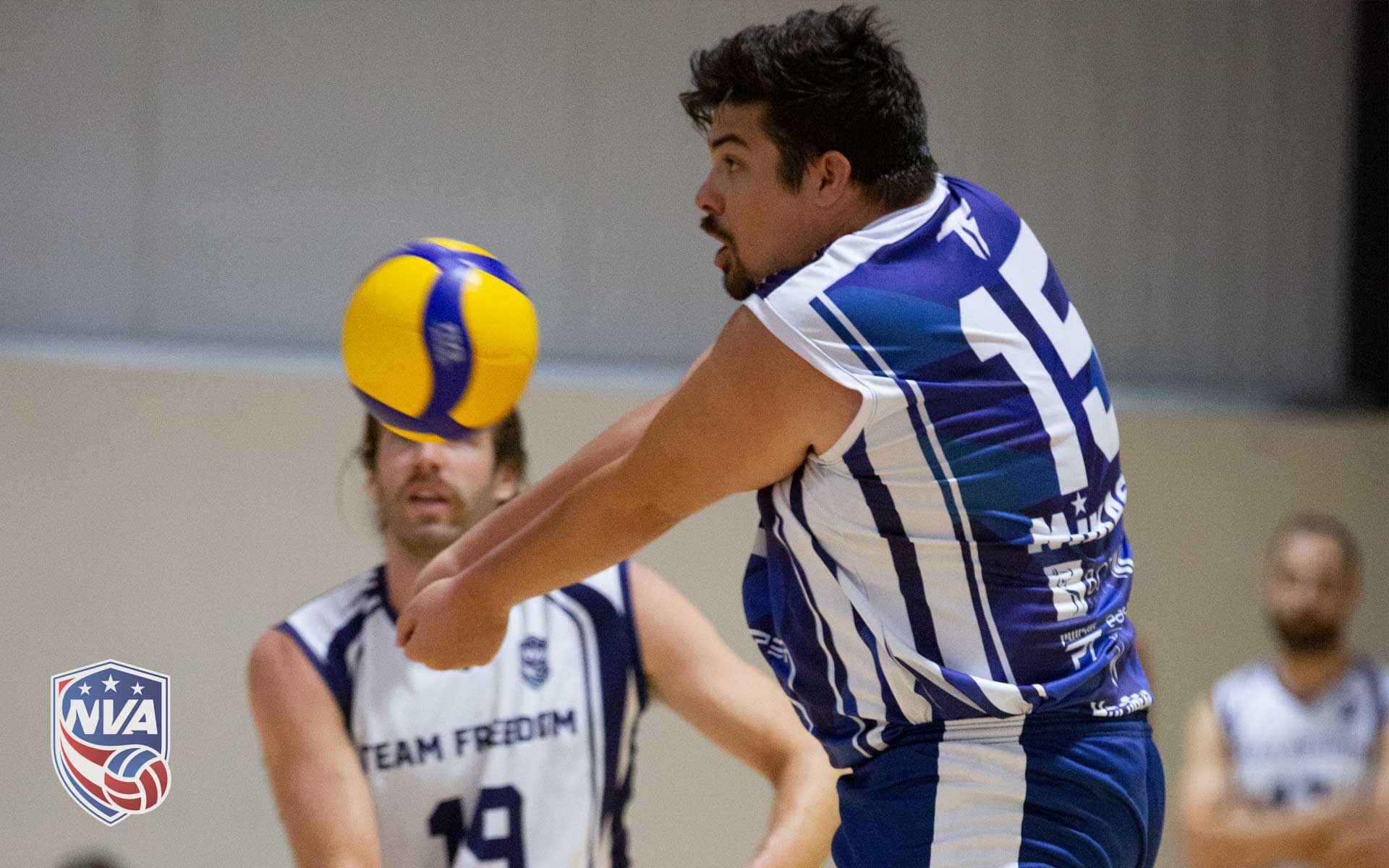 Team Freedom had high expectations for the 2021 season as the tight-knit group of players has been together for some time. They started the season 5-0. But after their win over last year’s NVA Champions, the Stingers, Team Freedom has been missing key players Christopher Nugent, Christopher Vaughn, and Josue Castillo.

Coach Justin Beaumont had no choice but to turn to his deep bench of players with very little playing since being brought on to the team. However, still fighting with veterans like Matt Seifert, Joe Norman, and Jonathon Lutz to rely on, Team Freedom lost their last four matches.

Of the four losses, however, the last three were hard-fought, each going to five sets. The extended matches gave Team Freedoms’ less played outside hitters like Besmir Arslani, Jefferey Nelson, and Jake Rosener more time to build chemistry with the rest of the starting lineup.

The Stingers, by far, are the most talented and experienced NVA team coming off with a strong start at the start of the season, going 3-0. Leo Durkin and Hamilton Day have shared their setting duties running an efficient offense. So far, the apparent offensive starters for the team will be Jake Langlois, Jorge Mencia, Inovel Romero, Rusty Lavaja, and Alex Shmelev. But the team still has some solid supporting cast members with libero Kai Dugquem, Carson Henninger, Cory Metcalf, Paul Clark, and Storm Tufuga-Fa’gata. But other groups like the Ramblers, Team Freedom and Southern Exposure have been prepared for what the Utah Squad had to offer.

The Stingers suffered back-to-back losses to the Ramblers and Team Freedom, with the matches going to five sets. Looking like they could bounce back in their season, beating the Stunners and Blaze; Southern Exposure took another blow to the Stingers’ record in a 5 set marathon match. The Stingers ended their season with a win against the Untouchables and a 6-3 record. However, that winning record was only good enough for a third-place finish in the American Conference behind the Ramblers and Tyrants, each with a record of 7-2.

Prediction: While Team Freedom is happy to be in the playoffs, there are some big questions that they’ll need to answer come game time. Will Nugent, Vaughn, and Castillo be well enough to play? If they do, how long will it take for them and their teammates to find the winning rhythm they had earlier in the year? Another is if Nugent, Vaughn, or Castillo don’t perform well, will Coach Beaumont pull the trigger and turn to his bench to replace them during the match? Either way beating the Stingers will not be an easy task.

One advantage Team Freedom may have is that the Stingers tend to start slow. That could give Team Freedom the time they’ll need to recapture the winning chemistry and confidence they had earlier in the year.

Team Freedom’s best chance of winning is with a healthy Nugent and Vaughan. Hopefully, that will be the case because it will be a better playoff match with both teams at full strength.

Although the Stingers finished in 3rd place, they received a good seed that placed them against the imbalanced Team Freedom, ending the season with a four-game losing streak. The Stingers have two more substantial incentives to defeat Team Freedom. One is payback for an earlier loss this season and a chance to repeat as NVA Champions. Therefore, it’s hard to bet against the Stingers.

The unanswered questions about Team Freedom’s lineup have given the Stingers the edge. Stingers 3, Team Freedom 0.

Next up is the last playoff match between the Ramblers #1 Seed in American Conference versus the Matadors #4 Seed in National Conference at 7:00 pm. To find more articles about Team Freedom’s and the Utah Stinger’s regular season, check out their news section at the bottom of their team websites.

“Volley On With the NVA!”