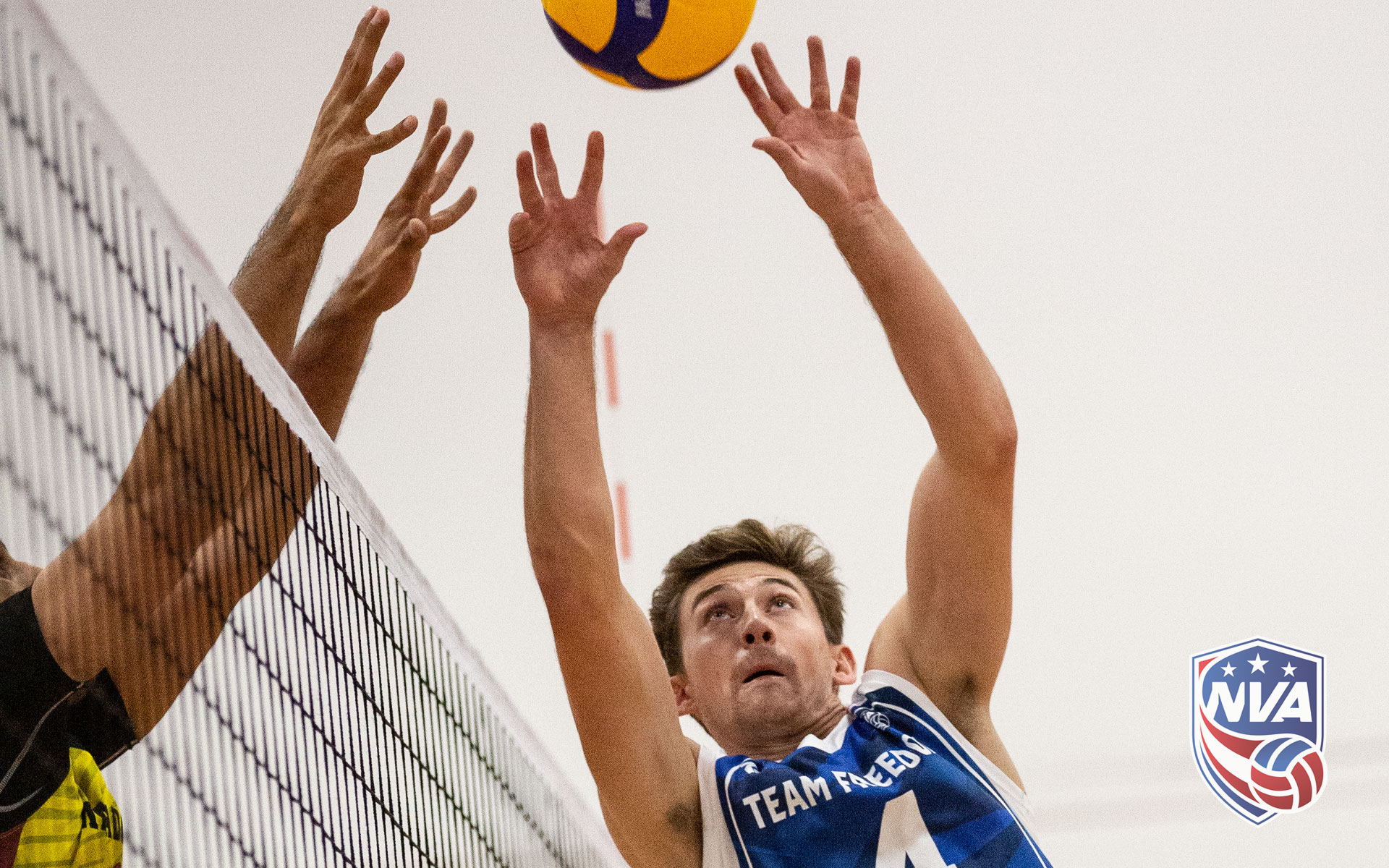 Making it to their second playoff appearance since joining the NVA, Team Freedom fell short of their 2021 aspirations losing in the quarter-finals to the Utah Stingers in a 0-3 sweep. Where Freedom had previously beat the Stingers 3-2 during the regular season, the New Jersey team seemed to have all the odds against them as the match played out.

Team Freedom was neck and neck to start the match, having a match point at 24-22 in the first set before the Stingers came back to win 28-26. While Josue Castillo and Christopher Vaughan did their best to win the set, the pair just couldn’t beat Utah’s block and defense. The team’s other star outside Christopher Nugent was set to start for the finals event but had his flight canceled at the airport due to strikes by workers at American Airlines. Who knows what different outcomes would have transpired if the veteran with international playing experience led the charge.

“A lot of questions had to be asked as the coaching staff going into that Friday. We had a lot of our squad unable to make it and other players not being at 100% like Chris Vaughn after his injury. It was a domino effect of worsening circumstances. However, we still needed to show up and play volleyball.” – Justin Beaumont, Owner.

Coach Carlo Edra and Beaumont used their team’s depth to put forward mixed lineups throughout the season, which kept every team they faced on their toes. After getting off to a poor start in the second set, Carlo placed in setter Ryan Kenny, outside Besmir Arslani, and then middle Douglas Dzema in for Opposite Joe Norman. The substitutions have previously been solid starters for the team, especially during the Atlantic City event. However, the change of guard did not bring about the relief they were hoping for, as they could not stop Stinger’s non-stop momentum before they finished the set 25-13.

As Freedom finally gained a solid 6-3 lead in the third set, setter Matt Elias went down hard after a beautiful set to the opposite. The fall caused a severe cramp in Elias’s calf, which required him to be subbed out of the match to be evaluated by the medical staff. The loss of Elias prevented Freedom from capitalizing on their early lead, allowing the Stingers to get back in the game once again and later take the set 25-22.

“The Utah Stingers did well to make us play to their level. We are a high-energy team that loves to feed off other teams talking smack to us. The Stingers, however, stayed calm and level-headed, which did well to put out our fire.” – Justin Beaumont, Owner.

Despite the loss, Team Freedom stayed in character with fantastic team comradery through the ups and downs, as well as a strong performance from their middle blockers. Matthew Seifert led the entire team in points with six kills (60%), three blocks, and one ace. It is always amazing to see middles do so well. Still, due to middles’ limited time on the court, it is nearly impossible for them to win the game all by themselves.

“Getting back home, we’ve had individual meetings with all the players to see what everyone’s commitments are for next season. As a squad, we’re going to look very different next season as we look to pick up some of Chicago’s players such as Ian Capp and Thomas Burrell!” – Beaumont.

Make sure to go and watch Team Freedom’s final match of the 2021 season by going onto the NVA USA page of Youtube!

Be sure to follow the Team Freedom (@teamfreedomvbc) and the NVA (@nvausa) on Instagram to get updates on your favorite team as they get ready to come back again next year 2022 season. It’s sure to be the best one yet!