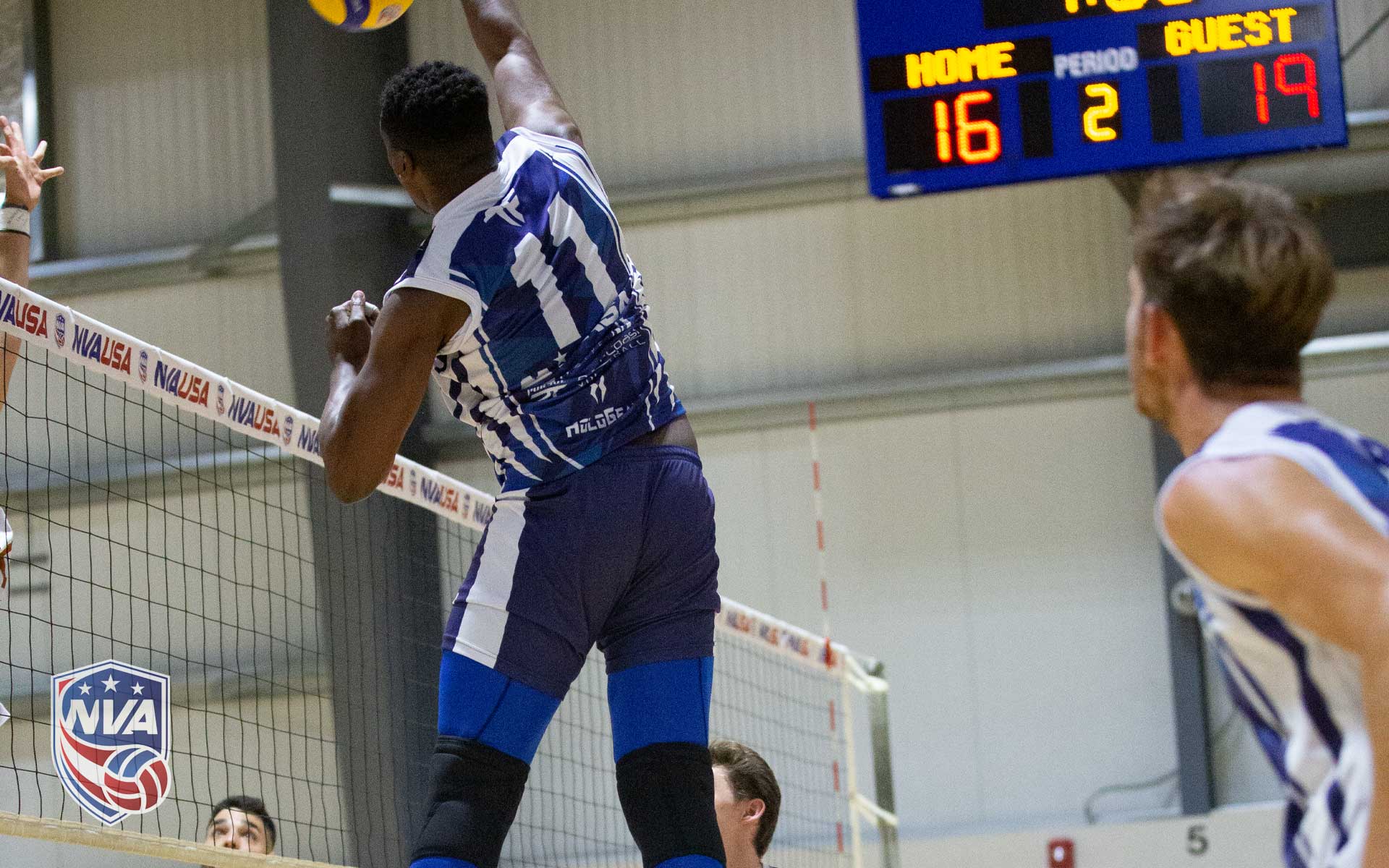 New Jersey’s Team Freedom is arguably one of the strongest teams in the league, boasting a deep roster filled with monstrous players such as Chris Vaughn, Joe Norman and Matt Seifert. Unfortunately for Team Freedom, they caught a small case of the injury bug with the loss of Chris Vaughn from an ankle injury during the Atlantic City tournament, and prior commitments that took out both Chris Nugent and Josue Costillo, Team Freedom came in arguably down this past weekend which gave them an 0-3 record on the weekend. The first loss was to a fiery Southern Exposure team, which was lead by their newest middle Ofoha Uchenna, a Canadian who has two years of experience playing overseas. He finished the match +8 overall with 10 kills and hitting .400 on the game. Team Freedom fought hard though, forcing the game to go five but ultimately fell short in the fifth set losing 15-13.

This would end up being the story of the weekend for the seasoned Team Freedom, being down three key players, they had to continue to fight to stay alive against both the Texas Tyrants and the Las Vegas Ramblers but unfortunately came up short in both games in 5. What does this mean for New Jersey’s Team Freedom when it comes to seeding for the NVA Championship? Fortunately Team Freedom has had such an exemplary record, with only one loss to the Utah Stingers going into the June Event, they had secured themselves a spot as the third ranked team in the National Conference. Team Freedom is a strong team with a lot of well founded history and grit that they won’t allow one bad weekend get in the way of their future success. Catch Team Freedom making a strong run July 9th-11th in San Bernardino for the NVA Champiosnhips on nvausa.com or the NVA YouTube channel.