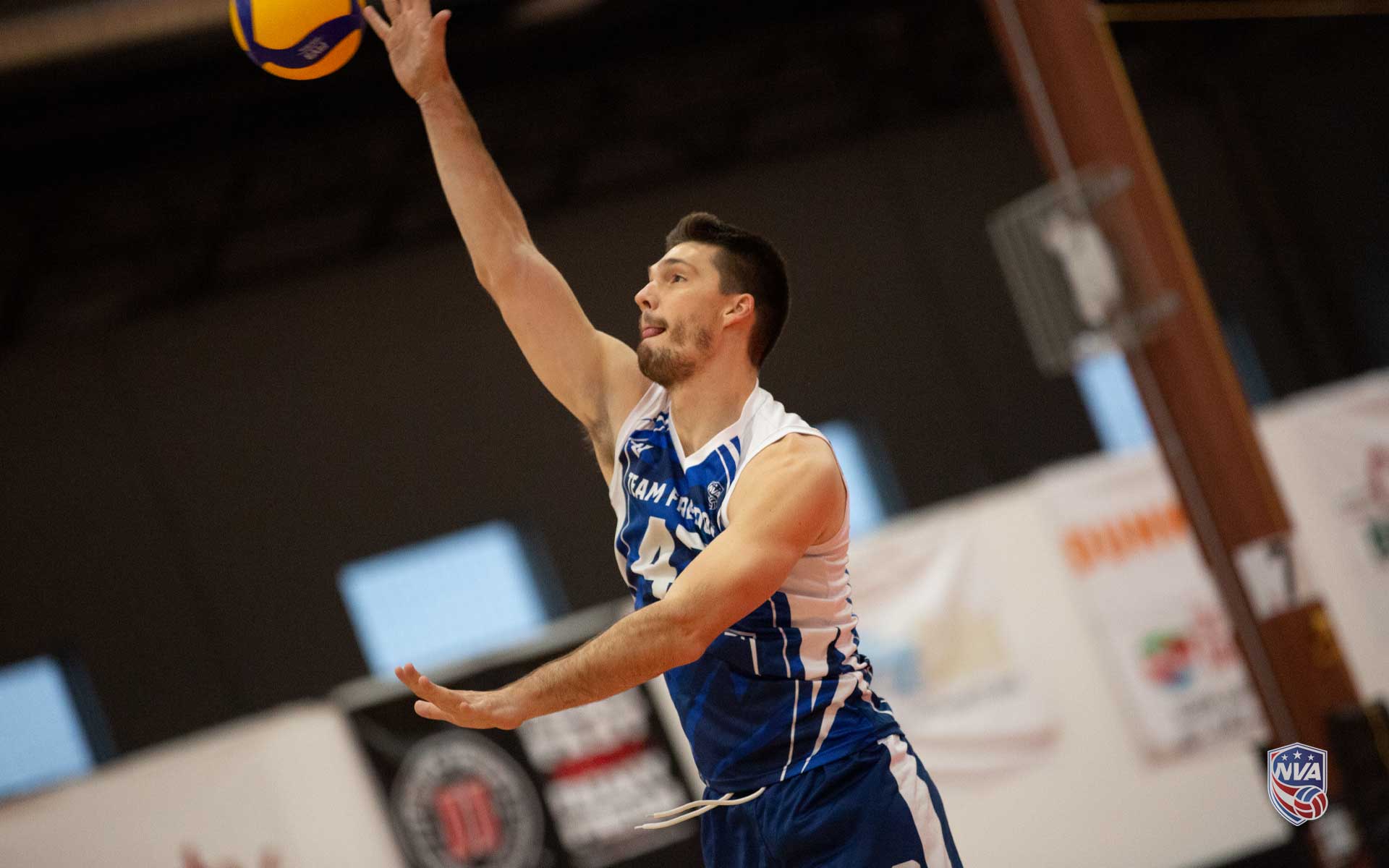 Showing his impressive physical dominance that pushed Team Freedom to a 4th place finish at the 2020 NVA Championships, please welcome back to Team Freedom, Penn State Alumni, Matthew Siefert. The 6’10 Middle Blocker made easy work of running the front row defense, slowing down some of the most talented players in the nation with his huge block back in November. His performance does not solely come from his sheer size but rather his accumulated wealth of skills and knowledge from 6 years of success in some of the world’s top leagues. Athletic excellence seems to run deep in the Seifert family, as evident by the older brother, Elliot Seifert. Elliot played offensive tackle for Temple University as well as the Cincinnati Bengals in the NFL and the Australian Football League. Having a powerhouse player among others in the ranks of the NVA is an excellent sign for what the future of the American pro-volleyball scene is moving towards.

A four-year starter at Penn State from 2012-2016, Matthew is part of a great line of other American legends from the college program, with Matt Anderson, Max Holt, and Aaron Russell. Among being a three-year team captain for the Penn State, Seifert led the Nittany Lions to win 4 EIVA Conference Championships and earned himself both 2nd Team all EIVA awards for 2014/2015 and a 1st team award in 2016! His triumphs then seemed to be never-ending as he went abroad to play in the Greek Volleyleague with Ethnikos Piraeus. Still proving to be a phenomenal all-star, winning a week 17 MVP award and being named the 5th best middle blocker in 2018. At the apex of his career abroad, Matt was a starter in the 1st Division of the German Bundesliga with the Volleyball Bisons in Bühl, Germany.

“I’ve been very blessed with the opportunities volleyball has given me. Volleyball has taken me to 14 different countries. I’ve played with and against current or future Olympians, and I’ve met so many great people through this sport and its community” Seifert stated.

His journey has now led him back to the US. Being home, being closer to his family, finding more opportunities to advance his career, and even growing the sport in his home town in Reading, Pennsylvania. Since joining Team Freedom, Matthew has helped coach the Alvernia University Men’s Volleyball Team while also entering the ‘real world’ working in sales and marketing. However, Matthew is nowhere near being done with volleyball, giving his all to Team Freedom as they continue to compete in the NVA, getting better with every season. Still in the game, using many of the tips he’s developed in his experiences, he hopes this can inspire others in their own pursuits!

“Physically write down the goals you want to accomplish in your sport and put it next to your bed. Constant reminder when you wake up and go to sleep of what you’re working for. Also, watch the best players in your position. There’s so much film and video available nowadays. Take advantage and watch how the best players play the game.” Seifert explained.

Make sure to tune in this season to catch all of the action as Matthew and Team Freedom in their Quest for the Cup in 2021. You can find all the matches’ live streams and even replays from the NVA 2020 Championship on our youtube page. Even more, you can follow Matt Seifert (@mattseiffert__), Team Freedom(@teamfreedomvbc), and the NVA (@nvausa) on Instagram to get weekly media updates. Don’t miss out on all the exciting news and coverage to come from this new season!

previous
Team Freedom Player Profile: Chris Vaughan
next
A Thank You to Our Sponsor Pit Viper
PRIVACY POLICY
TERMS & COND...
We use cookies to ensure that we give you the best experience on our website. If you continue to use this site we will assume that you are happy with it.OkPrivacy policy