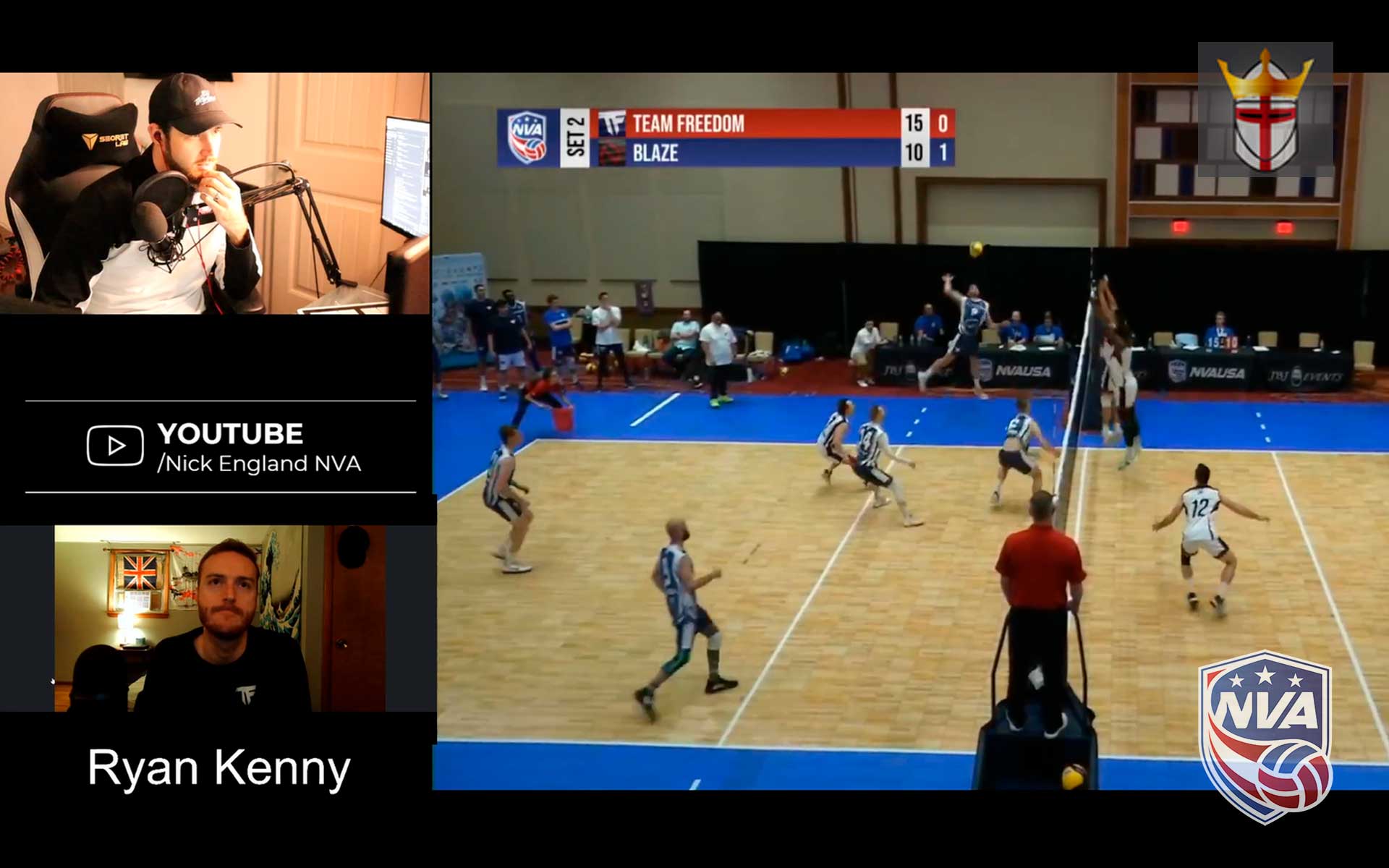 For those that have not heard, NVA Broadcast Announcer Nick England has started his own Twitch Sports Stream channel EnglandonAir during last year’s offseason. His streams include multiple breakdowns and analyses of volleyball competitions, including previous NVA events and FIVB and European Cup matches. Even better, England has begun bringing in top players from the NVA to give new insight into these matches. One player who has received a lot of attention since his involvement with the stream is Team Freedom Setter Ryan Kenny.

The New Jersey native is packed with years of volleyball experience from playing in USAV tournaments, with Team Durham in the UK, and a full-time coach with Side-Out Sports in Fairfield, NJ. His on-air insights with EnglandonAir were an instant success leading him to be invited back multiple times since his first appearance. Kenny shared, “My first stream with Nick was the first one he had done in a while, and we still managed to get the most views and subscribers from a single episode!”

The Twitch Stream platform is an excellent way for athletes to give relaxed game commentary on how they played, rather than being harshly treated at times by post-game reporters. “I’m mainly excited to get involved with as many promotional projects with the NVA as possible. I only have so long before I can keep playing at this level,” shared Kenny.

The streams have even allowed Kenny to scout the other teams and have helped plan Team Freedom’s roster for next season. Kenny went on to say, “I guess I am giving away all of my secrets in these streams, but that’s part of the fun!” Kenny is still set to play an integral role as one of the primary setters for Team Freedom again this season, alongside Matt Elias. With that said, Kenny is ready to jump into a coaching role if need be, especially with his newfound knowledge of each team’s weaknesses from his time on the stream with EnglandonAir!

Head on over to www.twitch.tv/englandonair to watch upcoming live streams and previous videos by subscribing to the channel for $4.99 a month! Fans can also follow Ryan Kenny (@ryanjkenny) and Nick England (@englandinsd) to find more NVA content and to be the first to hear when a new stream is on the way.