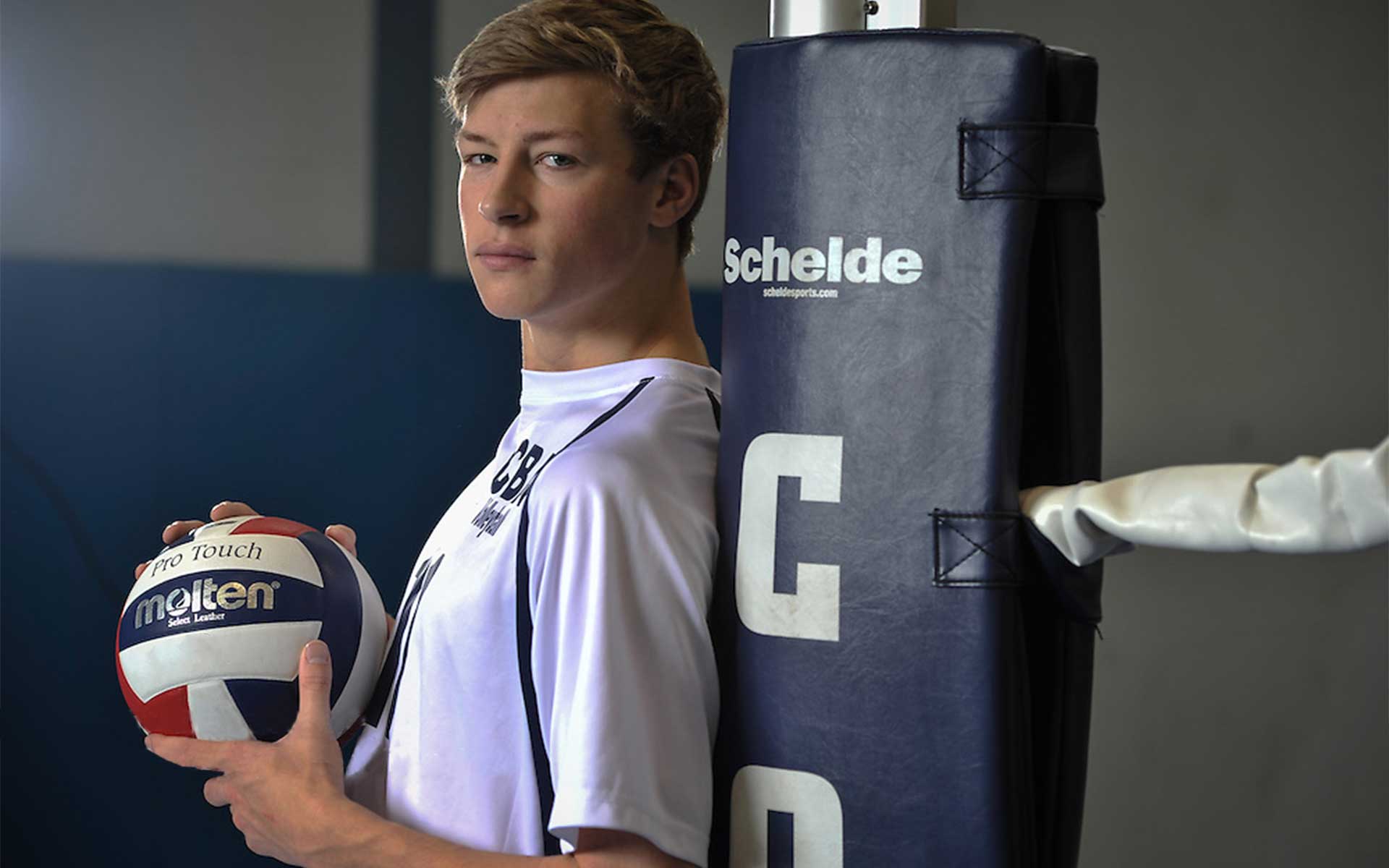 Hailing from Manalapan, New Jersey, Doug Dzema is one of Team Freedom’s homegrown players who has tremendous amounts of positive energy and passion for Team Freedom and the game of volleyball in general. Doug took some time out of his busy schedule to answer some questions about his life and volleyball.

Doug: My brother Mike started playing volleyball in high school as a middle. He talked me into setting him in the backyard on a net that had a real heavy sag. After seeing him murdering these balls (on this droopy net), I thought, ‘Woah, I’m way better than his setter; he doesn’t look like this in his matches!’

Q: Where did you play in high school?

Doug: I played for Christian Brothers Academy in New Jersey. The most memorable experiences came through Warren Sixpack’s club team. I was surrounded by the best players and coaches to come from the east coast. I was getting my arse kicked on the court by teammates and older guys in the club, but I wouldn’t change a thing. The exposure I got from getting wiped by more senior and better players molded me into the dynamic player I am today.

Doug: My sophomore year was pivotal at Sacred Heart because I took everything I learned growing up as a setter, threw it in the trash…and became a middle. The backward transitions were full of new and exciting challenges. Like having to make a blocking movement to the left? How in the hell does that even work?! Do I ever miss setting? Yea sure, but I wouldn’t change a thing.

I majored in Exercise Science and got my BS. Now I have one year left of graduate school pursuing my Doctorate of Physical Therapy.

Q: Have you played elsewhere overseas?

Doug: I never pursued the overseas career, BUT I did play with Team Freedom in Iceland and rolled my ankle in the first set of the tournament’s first match. So that was neat. Iceland is absolutely beautiful! Especially when you’re getting a piggyback ride everywhere on the John Eddins train. I have played a lot of grass this summer with my ‘Main Squeeze’ and Warzone Partner, Josh Ayzenberg. Won a few big ones, gained some Instagram followers…well worth the lost toenails.

Q: What do you currently do for work?

Doug: All of my jobs and volunteer experience have been around physical therapy clinics doing grunt work, laundry, and mopping the floors trying to be a fly on the wall absorbing all the information I could.

Q: What have you been up to during quarantine?

Doug: My roommate and I watched the entire Marvel series in chronological order, made some pillow forts, bought nerf guns, and had some silent discos. I perfected my fish stick cook time (the flip midway through is necessary for the crisp). If you haven’t watched Avatar the Last Airbender yet, do so…enlighten yourself. I also started studying for my board exam and getting ready for my clinical rotations.